Delicious Brownie in a Jar Dessert

Delicious Brownie in a Jar Dessert 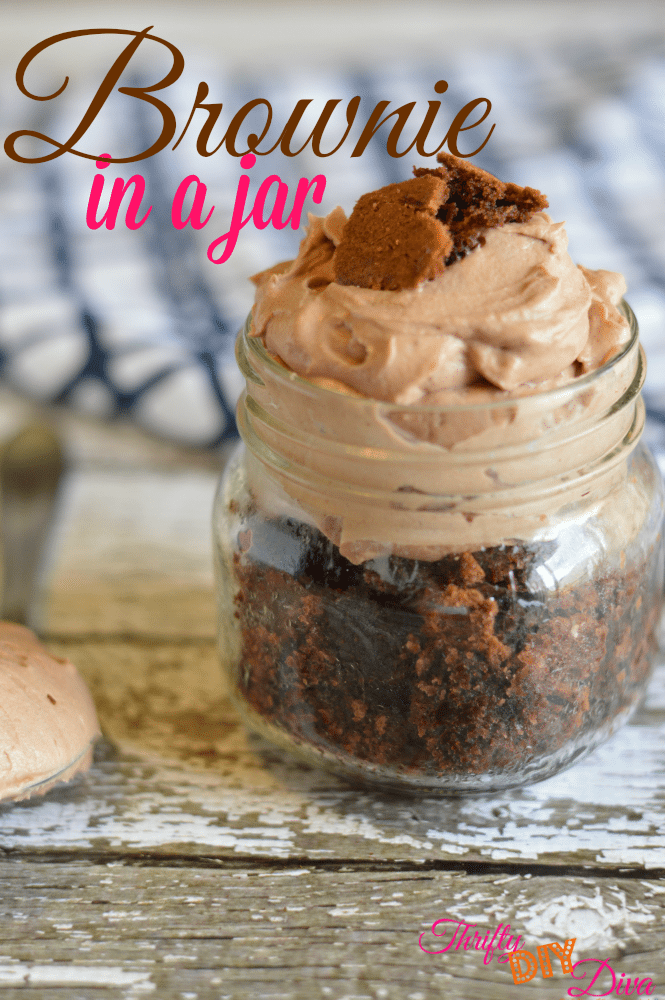 OMG you guys …. this delicious Brownie in a Jar dessert is to die for! It’s a step up from the traditional brownie-in-a-pan and is perfect for parties, casual and formal! You can substitute the brownie whip cream mix with regular chocolate whip cream if you’d like 😉 Here’s how to make it!

And … an already-made pan of brownies 🙂

First start by mixing in a bowl your brownie powder mix and milk. Then add in the shortening and combine until its a smooth texture. Can add more shortening a little at a time if it seems very dry. Add this to your mixer (I use a KitchenAid Stand Mixer but a bowl and a regular hand mixer will do). Then include your sugar and pour in the heavy whipping cream. Whip that slowly at first until everything is mixed together. Then put the mixer on a higher speed until the cream is stiff and fluffy. After that is done, you can eat it as is or spoon it on top of brownies already made and enjoy a little extra brownie-on-brownie taste! Can also add it to ice cream, cookies, or fruit! YUM!